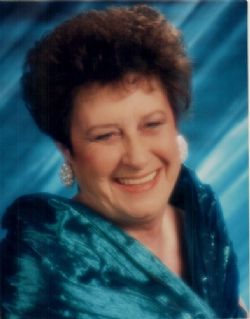 
Our best beloved Granny, Joann Barry, has left us a message that her work here is done. She received a call, sort of an offer that she could not refuse. Her Savior Jesus Christ has invited her to a place that joy will never cease. There will be no suffering there and continual Skip Bo games that she will always win. He also assured her that there would be plenty of loved ones and friends there to greet her for the big party, and also that she could be in charge of the kitchen. She will spend her time socializing, dancing, facebooking, and reading her Bible to her heart's content. Music, laughter, and love are guaranteed. She can cook and eat her delicious food and never gain an ounce. Her instructions to all of us were to celebrate her mission here, which is not complete. She instructed her children and their children to pay it forward by emulating her servant's heart. Low adherence to her instructions will not be tolerated. It is an awesome thing to have known someone so wonderful, that it hurts to lose them, but even more awesome to know where she is now.

Barbara Joann (Ward) Barry, 83, of Sundown, Texas received her heavenly wings Thursday, August 31, 2017, after a brief illness. Joann was born on June 9, 1934 in Stamford, Texas to Edna Arnine (Rogers) and Joseph P. Ward. She married Eugene (Gene) Milton Barry on December 13, 1950. She was a homemaker who cared for her home and family as her husband grew their business, Gene's Automotive in Sundown, Texas. She loved to fish, and is reported to be able to cast as well as any of the men they fished with. An expert cook, she enjoyed cooking for their famous fish fries and events at their church, as well as passing down the torch by sharing her recipes with others. A guest never graced her door without being greeted with her Southern Hospitality and an offering of food or drink.

Come and help us commemorate a life well lived, and celebrate her reception into Heaven.