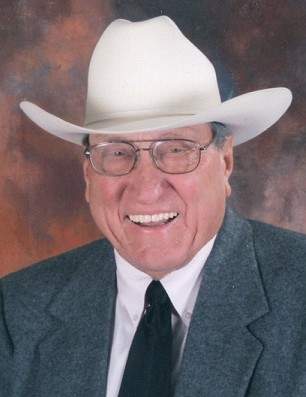 Bill was born in a tent on July 1, 1930 in Wink, Texas.  This was during the pioneer days of the Permian Basin oil field. He was the second of four children born to Walter James “Walt” Smith and Lula Campbell Smith, who at the time were among the first to arrive in West Texas for the purpose of oil and gas exploration and production.  Due to the nature of “wildcatting” for oil in the early days, moves were frequent, thus portable housing (aka tents) were a way of life.  In order to seek treatment for a serious medical condition, Walt moved the family to Arkansas following the commencement of WWII where they would, for a short period, make their living on Bill’s grandmother’s farm.  Following Walt’s medical recovery, he found work in North Carolina with the Tennessee Valley Authority.  In 1945, Walt moved the family once again back to West Texas to return to work in the oil and gas industry.  Because of the frequent moves, Bill rarely attended the same school two years in a row.  In 1948, following an on-the-road education, Bill graduated Sundown High School in Sundown, TX.  In 1949, Bill attended Sul Ross State University where he majored in business administration.  College was interrupted however, when Bill was needed at home in Levelland to assist Walt who had recently started his own oilfield construction company that he named WJ “Walt” Smith Production Service.

Due to the early moves throughout Bill’s childhood, his life was full of interruptions.  When the Korean War began in June 1950, yet another interruption was soon at hand.  Instead of waiting for a draft notification to arrive in the mail, Bill and two of his close friends decided to make the trip to the nearest recruiting station. On their early morning drive to Lubbock, they discussed which branch to join.  Unable to decide, they agreed to join whichever recruiter arrived first.  As it turned out, the US Air Force was the earliest riser that day and thus caught the worms.  After signing on the dotted line, the question was finally asked what branch they had joined.  It was the first time any of them had heard of the newest branch of the military.

Following basic training, Bill’s two comrades received assignments and went their separate directions.  For a reason never explained, all of those whose last names began with S were recycled through basic training!  Following basic training for the second time, Bill received training as a purchasing agent.  In addition, because of the still close ties with the Army, he also received infantry training with the 4 th Infantry division.  It was a bit of a joke that Bill was an Air Force infantryman.  Bill’s first overseas assignment was to Korea, but he never made it there.  After boarding and departing on a troop ship in Seattle, the ship nearly sank in a storm off the Aleutian Islands.  The ship was heavily damaged but was able to limp into a Kodiak Island ship port.  From there, Bill took another ship to the Alaskan mainland and then a long train ride to Eielson AFB in Fairbanks, AK where he would spend the next two years.  Following Eielson, Bill was later assigned to Barksdale AFB in Bossier Parish, LA. He achieved the rank of Staff Sargent and was honorably discharged in 1954.

Following Bill’s stint in the Air Force, he returned to Levelland and to Walt Smith Production Service.  Bill took over the business upon Walt’s retirement in the late 1970s and continued the business until his own retirement in 2003.  In addition to Walt Smith Production Service, Bill, along with long-time friend and business partner J.T. Pugh (earlier deceased), formed S&P Well Treating Service.

Bill was a devout Christian and a long-time member and church leader of the First Christian Church in Levelland. Bill was also well known for his involvement in the Levelland community.  In the 1960s and 70s he coached and served as league president of both the Little League and Babe Ruth league where he touched the lives of many young boys. He coached and assisted in the development of the Little Dribbler program and served as president of the Lobo Booster Club. He served for many years as the president of the Hockley County Livestock Show. In addition, he was a member and served as an officer for the American Petroleum Institute, the South Plains College Texan Club, the Levelland Country Club, the FFA and 4-H club.  Bill was also heavily involved with Family Outreach and served on the Board of Directors as one of the founding members of the Lubbock Hospice, the first hospice organization in the South Plains.

Bill was a devoted husband.  While watching firemen battle a blaze at Levelland High School one night in 1955, he met Gayle Ewing.  One year later, they were married in Lovington, NM and remained so for the next 64 years until his death.

An outdoor memorial service will be held at 11:00 am on Tuesday, June 30, 2020 at Bill and Gayle’s home at 822 North Highway 385 in Levelland.  Due to the Covid19 pandemic and the recent mandate as outlined by the Governor’s office, there will be limited seating and all who choose to attend will be required by the family to wear face masks.  For those who cannot attend or who would prefer to watch the ceremony remotely, it will be live streamed on the internet by KLVT Radio in Levelland at klvtradio.com, or on the KLVT Radio Facebook page.  The service will be conducted by Pastors Jesse Hodge and Jay Macha.  The eulogy will be read by Joe Tubb and Billy Layne Smith.  Military honors will be provided by Canon AFB, Clovis, NM.  Bill will be laid to rest at the City of Levelland Cemetery.

The family wishes to extend a special thanks to all of our friends and family who are supporting us at this time, the membership of the First Christian Church, Interim Hospice and Home Health Care and the Levelland and Hockley County community at large.

To order memorial trees or send flowers to the family in memory of Billy Smith, please visit our flower store.