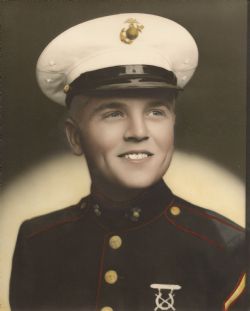 Bob was born on September 20, 1934 in Rotan, Texas to Homer and Juanita Altman. He grew up in West Texas and attended school in Bledsoe, Texas.

Bob joined the Marine Corp in 1953 and served with the 1st Marine Division. He married Virginia Wolf on November 3, 1959 in Los Angeles, California. After completing his military service, he spent ten years in California. Five years working as Manager for Whittier Produce Company and 4 years as District Manager for Challenge Cream and Butter Association.

A Graveside Service is scheduled for Friday, December 15, 2017 at 2 PM at the City of Levelland Cemetery, Levelland, TX.