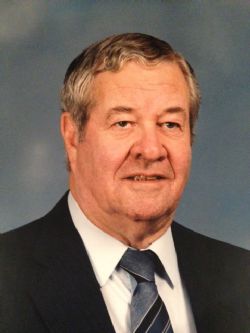 Bobby Lee was born April 27, 1930 in Memphis, Texas to parents Vance and Myrtle (Pounds) McMurry. He grew up in Vera, Texas and moved to Levelland at the age of 14. Bobby Lee graduated from Levelland High School in 1948.

Bobby Lee married Betty Lou Hinderliter on October 31, 1953 in Wichita, Kansas. She passed away on January 16, 1988. He served in the Air Force and fought in the Korean War.

He began working for Amoco Production Company in 1956 and retired in 1986 after 30 years of employment. Bobby also served as Commander for the Levelland VFW Post 4506. He truly enjoyed spending time with his family, beloved friends, traveling, and was well known for his cooking.

Bobby Lee is preceded in death by his parents; brothers Howard and Wilburn McMurry; and sister, Lois Whitney.