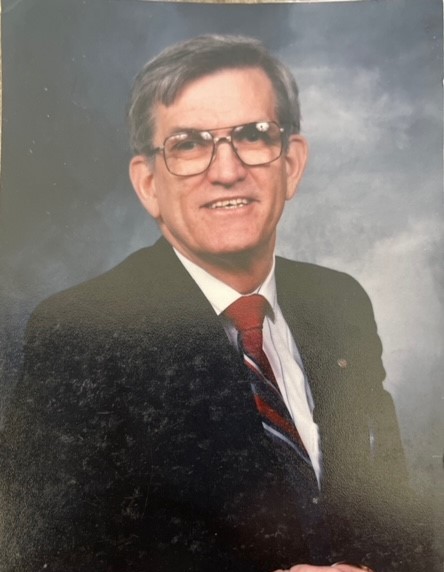 Buord was born in Weinert, Texas, on March 11, 1934, to I.J. Duff and Nell Moize. He was the youngest of seven children.

Buford grew up in West Texas and graduated from Wilson High School and later became a proud (except during football season) Red Raider, earning his Bachelor’s in Business Management from Texas Tech.

No amount of words could ever adequately summarize Buford’s life or all of the wisdom he imparted on those he met.

But any summary of Buford’s life would be woefully incomplete without mention of his wife, Saleta Duff.
He would say the best decision of his life was marrying Saleta on April 14, 1960.
Their 61 years of marriage is a testament to love, faithfulness, and understanding.
Buford and Saleta were faithful members of First Baptist Church in Levelland for 47 years.
He enjoyed working as a CPA in Levelland for 47 years.

Buford served as a board member for the Baptist General Convention of Texas for three years, and later served on the board for Aim Bank.

If you were fortunate enough to have known Buford, then you were lucky to have the wise counsel of a man who positively impacted every single person he met.

But Buford did not believe in luck, according to him, “luck” tends to find those who are willing to work for it.
He didn’t understand dishonesty because it always darkened the soul.

Buford would give his opinion with measured objectivity, modeling wisdom and integrity, but he never dismissed you for your choice and always welcomed you home when it didn’t work out.
He never gloated by telling you “I told you so,” but helped you move forward when your decision didn’t work out.

You could always depend on Buford. All of these qualities have been passed on to his children, grandchildren, great-grandchildren, colleagues and friends, so his moral insight and strength of character will live on for generations.

Buford is survived by his wife, Saleta; daughter, Saleta Ann and husband, Jimmy, of Fort Worth; grandchildren: Mitchell Thomas (the handsome one) and wife, Celeste, of Waco, Justin Thomas and wife, Rebecca, of Dallas, the late James Allen Thomas, and Michael Thomas and wife, Jacque, of Trophy Club; and seven great- grandchildren.

Buford’s legacy is more than enough for any good life for one of Jesus’ good and faithful servants.
While our hearts hurt with his passing, our appreciation and love will never fade and will be reflected in our character until we meet him again in heaven. We find comfort in knowing that he is with our Lord and Savior, Jesus Christ.

To order memorial trees or send flowers to the family in memory of Buford Duff, please visit our flower store.
Send a Sympathy Card