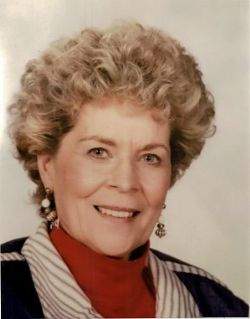 
Funeral Services for Margaret Wallace, 86, of Levelland,TX were held at 10AM, Saturday, December 17, 2016 at Krestridge Funeral Home in Levelland with burial following at Whitharral Cemetery.

Margaret passed away December 13, 2016 in Levelland, TX. She was born to Charley and Mary Israel on October 11, 1930 in Altus, OK. She married Jim Wallace in 1951. Margaret was raised in Levelland where she attended Levelland High School and later went on to attend Texas Tech University. She worked for the Levelland Independent School District and the Seminole School District for 30 years.

Margaret is preceded in death by her parents, husband, sister and two brothers.

Those left to honor and cherish her memory include her daughter, Teresa and husband W.H. ''Bubba'' Rowell; son, Bill and wife Tanna Wallace; brothers, Curtis and wife Mary Nell Israel, Chester and wife Sherry Israel; along with three grandchildren and six great grandchildren.

In lieu of floral contributions, the family requests that memorials be made to Gideon's International, P.O. Box 1291, Levelland, TX 79336.

To order memorial trees or send flowers to the family in memory of Clara Wallace, please visit our flower store.