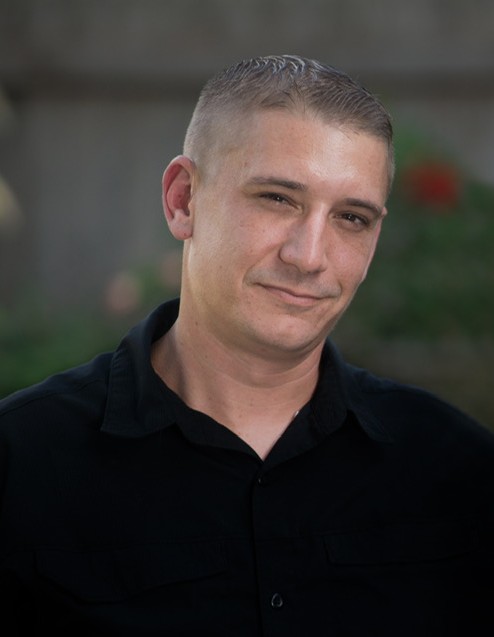 Coby was born in Lubbock to Michael Don and Cynthia Leigh Patterson on May 1 st , 1987.  A little brother, Dustin Chase, was added three years later on January 7 th, 1990. Coby was raised in Levelland, Tx for the first few years of his life, moving to Lubbock when he was in the fourth grade. He attended Trinity Christian School and Frenship High School, graduating in 2005.

In 2007, Coby enlisted in the United States Army.  He faithfully served his country for three years and seven months, completing two tours in Iraq.  He was a decorated soldier.

Coby was attached to the 3 rd Infantry Division, 1-64 Armor.

After he was discharged from the Army, Coby lived in Anchorage, Alaska and Palm Coast, Florida before settling in Lubbock.

Coby was a dad, a son, a brother, a grandson and a friend. Coby was a hard worker and had many talents and interests. He was an avid hunter and fisherman; he loved camping. He thrived in the outdoors. He was a thrill seeker who lived life to the fullest. He lived life large and hard. He was radical. Coby was a fierce protector and a defender. He was loyal to the end. He was beautiful. Coby LOVED his family.

Coby is survived by his two beautiful children, Max and Naminae of Lubbock; parents, Mike and Cindy Patterson of Lubbock; one brother, Dustin and his wife, Alysha Patterson, of Lubbock along with their two daughters, Coby’s beloved nieces, Ivy Leigh and Carly Grace; his Nana, Jerrie Reding, of Levelland and aunts, uncles, numerous cousins and other family members who loved him dearly.

Coby was preceded in death by his grandparents Gerald James Reding and Winfred Earl & Rosetta Lea Patterson, all of Levelland.

To order memorial trees or send flowers to the family in memory of Coby Patterson, please visit our flower store.
Send a Sympathy Card