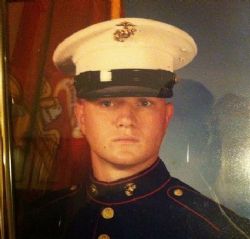 Cody was born December 8, 1977 in Levelland to parents, Donna and Ronald Whitaker, Sr. Cody proudly served our county in the United States Marine Corp from 1999 until 2004. In 2002, he served as part of Iraqi Freedom.

He is preceded in death by his father, Ronald Whitaker, Sr.