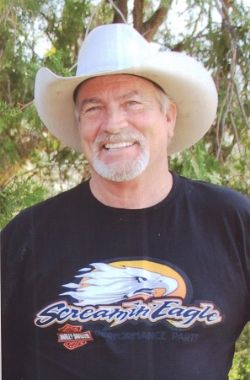 Cowboy was born June 7, 1963 in Olton, Texas to parents, Jesse ''Hoot'' Edgar and Martha Miriam (Garrett) Gipson. He was a truck driver, worked in the oil field industry as a truck pusher, husband, father, grandfather and jack of all trades. He loved motorcycles, horses, and spending time at the lake.

He is preceded in death by his father Jesse Gipson and mother Martha Gipson.


Arrangements are under the direction and personal care of the professionals of Krestridge Funeral Home.