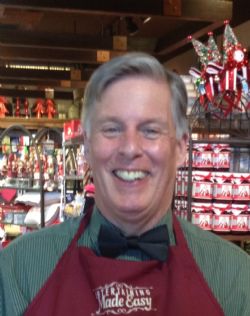 
David Holmes Peavey, 71, of Sundown, TX passed from this life on Wednesday, December 13, 2017. Funeral Services will be held at 2PM Thursday, December 21, 2017 at Krestridge Funeral Home. Interment will follow at Sundown Cemetery.

David was born October 27, 1946 in Camp Kilmer, NJ to Harry C. and Rebecca (Dooey) Peavey. He served his country in the United States Army as a Military Policeman in Okinawa and was honorably discharged at the rank of sergeant. He received his education at Texas Tech University and McMurry University. He was employed at United Supermarket.

He is preceded in death by his parents, Harry and Rebecca Peavey; sister, Ann Rennie and first wife, Sherry Cozart.


Arrangements are under the direction and personal care of the professionals at Krestridge Funeral Home. (806) 897-1111