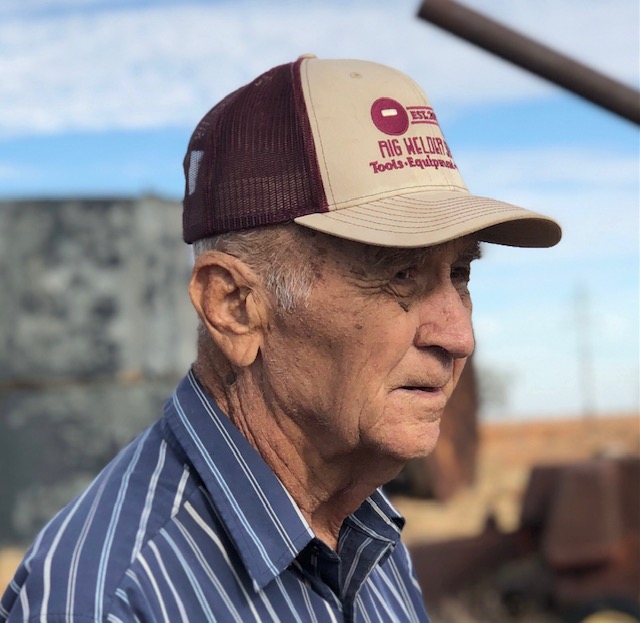 Donald Ray “Hanks” Lee, 85, of Sundown, Texas passed from this life on Saturday, December 19, 2020 in Levelland, Texas. Graveside Services will be held at 2:00 PM on Monday, December 28, 2020 at Littlefield Cemetery with his nephew, Tom Singo, officiating.

Hanks was born the son of A.H.  Homer and Cora Goff Lee in Erick, Oklahoma on February 15, 1935. His family moved to Sundown in 1936. He played football at Sundown High School and graduated in 1954. Hanks proudly served his country in the United States Army and was a veteran of World War II. He married Abby Lou William on February 7, 1994. Together they lived in Brady, Texas before her passing on March 10, 2020.

He is preceded in death by his parents, wife, eight brothers; Terry, Noel, Roy, Russell, Ralph, Carl, Glynn, Bobby and one sister, Renabelle.

Those left to honor and cherish his memory include his sisters, Iona Bilbrey and Anna Skinner of Sundown along with many nieces and nephews.

The family would like to thank the doctor and nurses at Covenant Hospital of Levelland for their loving care given to Hanks during this difficult time.

To order memorial trees or send flowers to the family in memory of Donald Lee, please visit our flower store.
Send a Sympathy Card