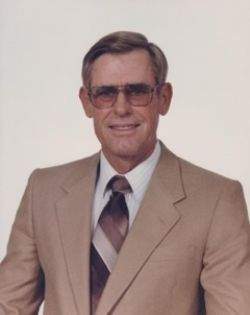 Don, born September 10, 1935 in Dickens County, Texas, was the third son of Robert Lee and Lola Mimms-Rogers. He had three brothers; Britton Mimms, Jere Mimms of Ransom Canyon Tx, Jack Mimms of Frisco, Tx and one sister; Carolyn Macon of Wichita Falls, Tx. Don was preceded in death by his parents and older bother, Britton and Sister-In-Law Bobbie Mimms.

Don was an active member of the South Plains and Hockley County farming communities serving on multiple boards such as the Farmers Cooperative Compress Board as an Executive Board Member, South Plains Telephone Cooperative, Hockley County SWCD, and the Levelland Area Junior Livestock Show Board. He was rewarded for his service by receiving Appreciation Awards, Conservation Awards for County and Region 1 and the ‘Farmer of the Year' Award in Hockley County.

Don and Joy were also active members of the Cactus Drive Church of Christ in Levelland, Texas where he served as a Young Married Class Teacher, Deacon, and an Elder.

Don was an energetic, outgoing personality who loved to try new adventurous endeavors. He took up snow skiing at the age of 55 as an example. His charisma led him to meet many new people and enjoyed sharing their experiences. He was dedicated to his family by instilling faithfulness and hard work as a legacy. He took the time to help friends in need when difficult situations arose.

The family would appreciate donations to be made in his honor to the Christian Children Home of Portales, New Mexico. 1356 NM-236 Portales, NM 88130.