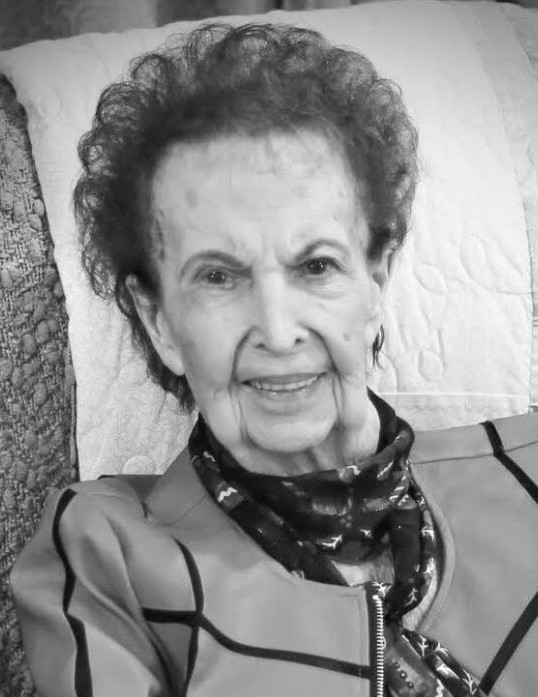 Doris Laverne Palmer, 93, of Levelland, Texas passed away on Tuesday, February 16, 2021 at her home, having spent the last week of her life mindfully enjoying the company of her children, grandchildren, great-grandchildren, nieces, nephews, and friends.

Laverne’s services are under the private direction of Krestridge Funeral Home in Levelland, Texas. The family will hold a graveside service on Friday, February 19th in Levelland. Per her wishes, upon the dramatic decrease in COVID-19 cases and increased availability of the vaccination, a Celebration of Life Ceremony will be held for all that knew her in the coming months.

Laverne was born on Dec. 8, 1927, in Carbon, Texas to parents William Jessee Boyd and Corena Alvey Boyd. The family moved to Levelland in 1930, when Laverne was 3.

Laverne was a 1945 graduate of Levelland High School, along with her late husband and business partner E.E. “Judge” Palmer, whom she married on September 2, 1950. In 1952, after Judge was honorably discharged from the United States Army, the couple and their newly born son, Kirk, moved back to Levelland where Laverne purchased “Laverne’s Beauty Shop”, one of the only women-owned business’ in the region at the time, while Judge went on to own and operate Palmer Brothers, alongside his two brothers, with her support. The couple had their daughter, Penny, in 1960. Family came first always for Laverne.

Laverne later attended Texas Tech College, Texas University, and Texas A&M University in order to receive her teaching certificate which would later be used in her establishment of the Cosmetology Trade program in Levelland Schools in 1967. A program which was revolutionary in its time. Laverne loved teaching, was a staunch advocate of public education and firmly believed trade education played a role as important as any university.

Aside from her personal business and teaching, Judge and Laverne, along with his brothers and their wives E.M “Baldy” and Evelyn, and M.G. and Estelle all worked together to build and grow businesses including dry cleaners, restaurants, motel industry, farms, banking industry, real estate, oil& gas, and cattle. Palmer Brothers remains in operation today and Laverne served actively as Co-Owner, alongside her nephew Billy Mack Palmer, until the time of her death.

In lieu of flowers Laverne wished for donations to be made to: Laverne Palmer- Rose Garden Club Scholarship Fund at South Plains College in Levelland or St. Jude Children’s Hospital.

To order memorial trees or send flowers to the family in memory of Doris Palmer, please visit our flower store.