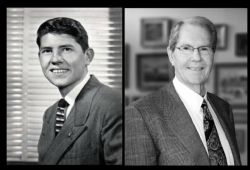 ''Be Someone Healthy'' was a goal and commitment Dr. Kennedy practiced, as well as encouraged to all of his patients. He read daily, and attended group studies, to stay proficient for those he served in his profession, as well as teaching his family. He formally maintained and improved upon his education throughout his practice. He received a Fellowship in the Academy of General Dentistry, as well as Fellowship in the Academy of Dentistry International. Other dental organizations in which he held memberships were: American Dental Association, Texas Dental Association, Academy of General Dentistry, Society for Occlusal Studies, South Plains District Dental Society, National Flying Dentists Association, and American Society of Preventive Dentistry.

Dr. Kennedy served as president of South Plains District Dental Society, University of Texas Dental Branch Alumni Association, and Levelland Rotary Club. He was a Paul Harris Fellow of Rotary International, and he received the Honorable Order of Good Fellow from the Texas Dental Association. He was a member of The Levelland and Kingsland Chamber of Commerce, and served on the board of directors in Levelland. He was a lifetime member of The First United Methodist Church, and continued to enjoy his association with Texas Tech Alumni and his Wrangler fraternity brothers.

In 1997, Dr. Kennedy retired from dentistry after serving his community for forty years.
His past and recent hobbies included reading, art, travel, aviation, hunting, water sports, snow-skiing, and pulling weeds!

His children called him ''Daddy, Dad, and P.Pa'' - they all made him smile. He was a giving person through his profession, community service, friendships - but, especially as a husband and father. Such a short and simple way to describe this person we all loved and admired, for he shared his heart, as well as his knowledge. He inspired us to simply do our best, and he exemplified the person he continually strived to be through practicing the Rotary four-way test: ''Is it the truth? Is it fair to all concerned? Will it build good will and better friendships? Will it be beneficial to all concerned?''