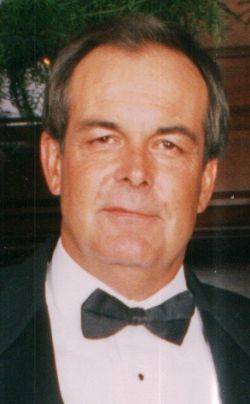 
Lee Moss, 68, of Levelland, passed from this life on August 5, 2018. Visitation will be from 6:00 pm to 8:00 pm at Krestridge Funeral Home Chapel on Wednesday, August 8, 2018 in Levelland. Funeral services will be held at 10:00 am on Thursday, August 9, 2018 at Krestridge Funeral Home Chapel in Levelland. Interment will follow at Resthaven Memorial Park in Lubbock.

Edward Lee Moss was born in Memphis, Tennessee to Dr. Ennis Moss, Jr. and Elizabeth Moss on March 21, 1950. He graduated from Monterey High School in Lubbock, Texas in 1968. He attended Texas Tech University where he played on the golf team and graduated with a B.A. in Business Management in 1973. Lee continued to be an avid golfer winning club championships at Lubbock Country Club, Littlefield Country Club, and Levelland Country Club. He started his first company, Pump Specialty, around 1985 and continued to work in the oilfield service industry until his death. His last company being Production Pump. Later in life, Lee enjoyed spending time at Possum Kingdom and with his grandson.

Lee was preceded in death by his mother, Elizabeth Moss.

Arrangements are under the direction and personal care of the professionals at Krestridge Funeral Home. (806) 897-1111.

In lieu of flowers, donations can be made to St. Jude Children's Research Hospital.

To order memorial trees or send flowers to the family in memory of Edward Moss, please visit our flower store.