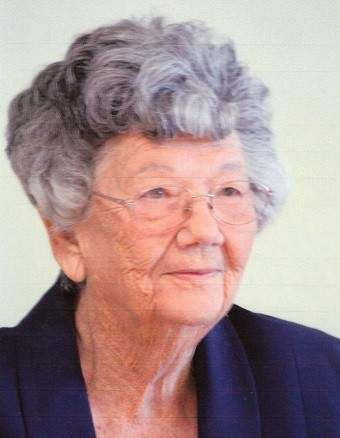 Funeral services for Ernestine Stovall Clevenger, 85, will be held at 2:00 pm on Friday, October 30, 2020, at Missionary Baptist Church in Morton.  Interment will follow in the Morton Cemetery.

She was born September 29, 1935 in Morton to Brad and Audrey Hudson Stovall. Tene (short for Ernestine) attended Morton schools, graduating in 1952.  She married Raymon Clevenger the day after graduation.  They had two children, Christy and Joe, who both attended school in the Whitharral Community.  Joe, as most people in Whitharral knew Raymon, and Tene lived and farmed there for over 20 years.  Tene was a Brownie leader, PTA mom, and 4-H leader during those years.  She also taught Sunday School and Vacation Bible School at Whitharral First Baptist Church.

Tene lived by herself for the next 15 years on the family farm five miles west of Morton.  She was active in her church, Missionary Baptist, and in the Cochran County Senior Citizens group, even working with a respite care group at the Senior Center once a week.

In October 2015, Tene moved to Levelland to live with her daughter, Christy, after celebrating her 80 th birthday in Morton the month prior.  She lived with Christy until suffering a stroke in July 2020.  Since that time, Tene has resided at Levelland Nursing and Rehab in order to receive the care she needed.  She passed away at the home on October 26, 2020.

She was preceded in death by her parents; husband, Raymon; son, Joe; and brother, Bill.

Tene has gone to be with her heavenly family and encourage the rest of us to take care of things here on earth until we meet again.

In lieu of flowers, the family would like donations made to the Morton Missionary Baptist Church, Texas Baptist Children’s Home, or your favorite charity.

Please sign the guestbook online or in person at the funeral home.

To order memorial trees or send flowers to the family in memory of Ernestine Clevenger, please visit our flower store.