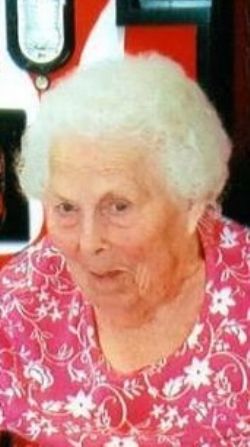 In the food and restaurant industry for over 40 years, Fran owned and operated the Shamrock Café in Lovington, NM for over 20 years. She had a certain dress code for her waitresses and at times would send them home to change. Fran employed many young people in Lovington. She was a second mother to them as she loved them and taught them about life. They always knew Fran cared about them, even when she hollered at them, and several kept in touch over the years, especially Billy Bell, Tinka Sneed and Carey Jeter. Carey came to see her recently and brought her a wonderful meal from Red Lobster. He always remembered her birthday and Billy Bell came by to see her as often as he could. They were two young men that loved her very much. Fran was a hard worker. The Shamrock was a 24 hour restaurant and that sometimes resulted in her working the full 24 hours. We think her hard work and long hours resulted in the stroke she suffered in 1991. She always laughed about the story of when the doctor came out to tell us she had suffered a stroke and Fran had lost her short term memory. JT sat there a little while and said if she had to lose part of her memory why couldn't it have been long term so she wouldn't remind him of all the things he had done! They moved to Brownfield to be near doctors in Lubbock and she got to spend time with her sisters Bonnie and Bo. Having lost the majority of use of her left arm and hand, she did embroidery for years and loved giving her pieces as Christmas gifts. She moved to Plains, TX in 1997 after JT's passing, and later to Sanger, TX with Larry and Ruth in 2005. When she moved to the nursing home, she enjoyed bingo and coloring, even winning several coloring contests.

The last year of her life she was so excited to vote for Tracy, her grandson, for Denton County Sheriff. This was an effort as she was always a die-hard Democrat and this required her to vote Republican. In October, she got to spend a week with Sue and in December her granddaughter Sherri and her family came to visit after Christmas. Her family was her life and all she ever wanted was for them to love each other.