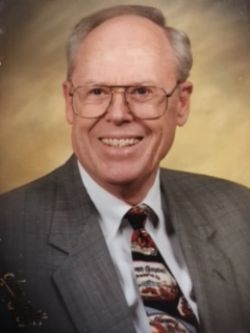 
Gerald Don ''Rip'' Lasater, 77, was ushered into the presence of our Lord on Thursday, October 20, 2016. He was born October 19, 1939 in Odessa, Tx to Virgil Bell Lasater and Ruby McCarley Lasater. He grew up in Andrews, Tx and graduated from Andrews High School in 1957. He attended Hardin Simmons University and graduated with a Bachelor of Arts in 1962. He met the true love of his life while at Hardin Simmons. He married Julia Wilson on December 26, 1959 in Chattanooga, Tn. They moved to Hobbs, NM in 1962 where he began his career in the school system. While in Hobbs, he taught in both elementary and junior high. He worked in the central office there in public relations and later became an elementary principal. He received his Masters of Education and his Education Specialist degrees from Eastern New Mexico. He then had the opportunity to move to Sundown, Tx to serve as superintendent of schools. He felt blessed to have the opportunity to serve, support and love the students, staff and community of Sundown. He felt his occupation was a true ministry. He was a deacon in Hobbs, Sundown, and Levelland, not just in title but in life. His life goals were to make you feel loved, valued, and special and he was successful in that.

He is preceded in death by his father, Virgil Lasater, and his step-father, Gordon Walker.

Services will be held at 10 A.M. Thursday, October 27, 2016 at First Baptist Church Levelland. Family visitation will be held from 6 to 8 P.M., Wednesday, October 26, 2016 at Krestridge Funeral Home in Levelland, TX . Burial will follow at 4 P.M. at the Andrews Old Cemetery in Andrews, TX. .


The family invites you to leave a message or memory at www.krestridgefuneralhometx.com. Select obituaries, select ''sign guestbook'' at the top right of the individual memorial.

To order memorial trees or send flowers to the family in memory of Gerald Lasater, please visit our flower store.
Send a Sympathy Card