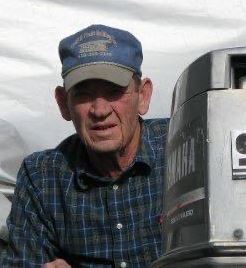 Harvey Blaine Stephens of Levelland Texas passed away on April 4th, 2022, at the age of 82. He was born on June 4th, 1939, in Brandon Mississippi to Thomas Thad and Rubye Otts Stephens. He came from a great big family of a total of 14 siblings. He grew up in Osyka Mississippi as the youngest boy of the family. He graduated from the local high school as the Valedictorian of his class of 1956-1957 to go on and play basketball for Southwest Junior Village for two years. He joined the air force in 1960 upon completion of his service he began working for the state of Mississippi as a police officer. After his time in Mississippi, he moved to Hobbs New Mexico where he began working for Getty Oil which later became Texaco Oil. While in Hobbs he met and married Nanette “Susie” Crabtree on Dec. 3, 1968. Their family grew by 3 while in Hobbs. In 1976 the family moved to Levelland Texas. This is where he lived out the rest of his days. Harvey Stephens was a selfless man who would do anything for his family and friends. He loved to fish once he retired from the oil field business. He would enjoy fixing things and tending to his boat.

Arrangements are under the direction and personal care of the professionals at Krestridge Funeral Home 806-897-1111.

To order memorial trees or send flowers to the family in memory of Harvey Blaine Stephens, please visit our flower store.
Send a Sympathy Card