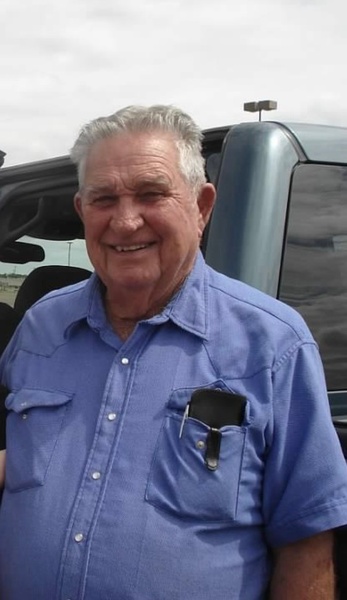 James F. Sullivan, 89, of Levelland, Texas passed away on March 6, 2022 at home surrounded by his family.

James was born January 8, 1933 in Clarksville, Texas in Red River County, to Walter Van Dyke Sullivan and Willie Estelle Sessions Sullivan. He married Glenda Nell Shirley on December 25, 1952 in Opedyke, Texas, outside of Levelland, they were married 69 years.  He served in the US Army for two years. James farmed for many years and later had a pig operation. He went on to work for Hockley County as a foreman for Precinct 3.  He was a member of Park Drive Baptist Church.

To order memorial trees or send flowers to the family in memory of James Franklen Sullivan, please visit our flower store.