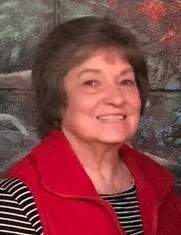 Jan Fred Parkinson ran to Jesus on September 14, 2020 after a courageous battle with cancer.

She was born November 4, 1952 in Lubbock, Texas to Narvil and Novalene Fred.  She was the youngest child in the family, with an older brother, Prentice Fred and sister, Patti Fred Poff.  Jan graduated from Levelland High School with a Certification in Cosmetology.  Early in her career she worked at several hair salons until she was able to open her own shop.

Jan married Melvin Eugene Parkinson II on June 6, 1971 at College Avenue Baptist Church in Levelland.  For the next 49 years they made their home on the outskirts of Levelland.

She was active in the churches she attended.  Jan taught GMAs, worked with the children’s choir and helped in the baby nursery.

Jan is survived by her daughters, Janay (Cody) Crenshaw, Mendy Parkinson and Tyler Parkinson; sons, Monty (Robyn) Parkinson and Jonny (Amber) Parkinson; brother, Prentice Fred; sister, Patti Fred Poff; and 6 grandchildren whom she adored and kept as much as possible.  Grandma attended all the stock shows, ball games, concert, and events they were involved in to cheer them on.

She was preceded in death by her husband, Melvin Parkinson on June 19, 2020; parents, Narvil and Novalene Fred; sister, Sherry Porter Fred; and granddaughter, Tayla Elaine Parkinson.

In lieu of flowers, the family suggests donations to Hospice of Lubbock who cared for her the last few months of her battle.

To order memorial trees or send flowers to the family in memory of Jan Parkinson, please visit our flower store.