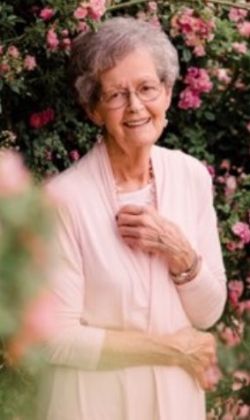 Mrs. Jackson was born on October 19, 1930 in Wellington, Texas to Dena and Roy Rankin. She grew up in a farming/ranching family in Dumont Texas with her 3 brothers and two sisters. She left home at the age of 18 years and moved to West Texas to pursue a career in nursing. She met and married her husband, Pete Jackson in 1948 and they made their home in Levelland Texas. There were four children born out of this union, David, Gary, Susan and Wanda. Janice's husband, Pete, died in 1962 after a lengthy illness. Janice then devoted her life to her parenting and church responsibilities. In 1971, she finally realized her dream of going back to pursue an education in nursing. She graduated and was licensed as a Vocational Nurse in 1972 at which time she began a long career committed to the health and well being of the patients she had the privilege of interacting with in Hockley County and the surrounding areas. She accepted the challenge of advancing her career by returning to school and graduating with an Associate Degree in Nursing from South Plains College. Becoming a Registered Nurse allowed her to eventually become the charge nurse in the Emergency Room of the Levelland Hospital. She witnessed many changes in health care overall during her 45-year career and many are the patients who remember and appreciate the loving care she provided to them.

First and foremost, she was devoted to her relationship with God and to being an example of godliness and servitude to her friends and family. She became a member of Fifth Street Baptist Church in 1948 where she was known as a person who was willing to serve in any capacity. In her later years, she found great pleasure by participating with the quilting program where many beautiful quilts were created.

She is preceded in death by her husband Pete, oldest son, David, her parents, Roy and Dena Rankin, 2 brothers, Bobby and Dale Rankin and 1 sister, Sharon Davidson.

Survivors include her son and his wife, Gary and Nancy Jackson of Beggs, Oklahoma, daughter and son-in-law, Mike and Susan Mitchell of Lubbock, TX daughter, Wanda Dennis of San Antonio, TX and daughter-in-law, Patsy Christopher of Lubbock, TX. Other family members include sister and brother-in-law, Patsy and Ronald Miller of Wolfforth, TX, brother and sister-in-law, Gerald and Linda Rankin of Lubbock TX, sister-in-law Linda Rankin of Shallowater, TX and Aunt Norma Jean Turner, Lubbock, TX. Survivors also include 12 grandchildren and 35 great children and many nieces, nephews and cousins.

Arrangements are under the direction and personal supervision of the professionals at Krestridge Funeral Home. (806) 897-1111