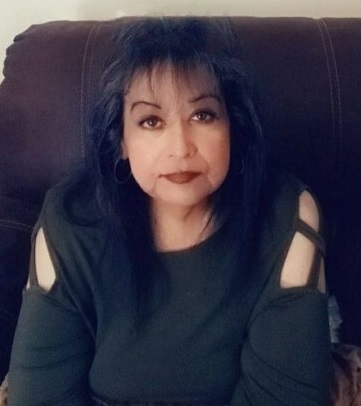 Janie Ojeda, age 57, passed away on Monday, February 10, 2020 in Lubbock, Texas surrounded by her family.  Funeral services for Janie will be held Friday, February 14, 2020, at 10:00 am at St. Michael’s Catholic Church in Levelland, Texas.  Visitation will be on Thursday, February 13, 2020, from 12:00 to  8:00 pm at Krestridge Funeral Home in Levelland with the reading of the Rosary to begin at 7:00 pm. Acting as pallbearers will be her sons and her brothers.

Janie was born on June 15, 1962 in Lamesa, Texas to the late Joe and Joann Reyes. She was one of ten siblings having four sisters: Virginia, Mary, Emma and Oralia (Chula), and five brothers: Roy, Joe, Jesse, Robert and Richard.

She grew up in Levelland, Texas where she attended Levelland High School.  She met and married the late Florentino Ojeda, Jr. Together they were blessed with six children: Julian, Arron, Rachel, Melissa, Vanessa and Cassandra.

Janie was one of a kind.  Anyone who knew her was very familiar with her sense of humor, forward manner, never ending sarcasm and cooking.  It didn’t matter what was in the fridge or the cabinets, Janie was making dinner and her hands were quick when it came to making tortillas.

She is preceded in death by her parents; her husband, Tino; older brother, Roy;  granddaughter, Jasmine Robledo; and sister-in-law, Vicky Reyes.

The memories she left will forever be shared, always be remembered and never forgotten.

To order memorial trees or send flowers to the family in memory of Janie Ojeda, please visit our flower store.