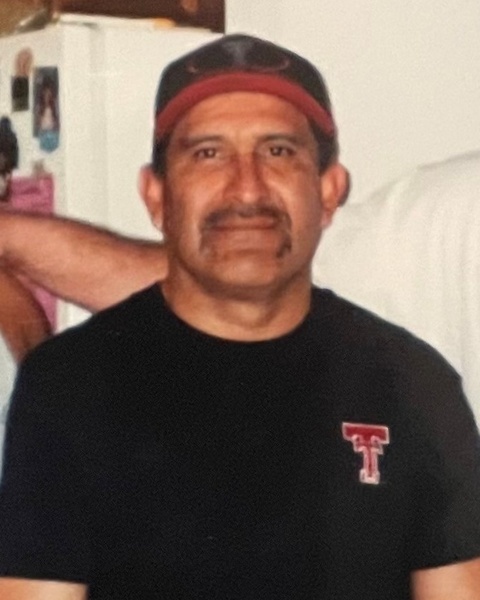 Jesse Perez passed away peacefully on Sunday, September 25, 2022.  He was born on July 18, 1952 to the late Eulalio Perez, Sr. and Apolonia Sanchez Perez in Colorado City, Texas.

Jesse graduated from Sundown High School and was quite the competitive athlete during his years there.  He wore number 27 for the Sundown Roughnecks, and also represented the Roughnecks in the mile relay at the state track meet in 1970.  Throughout his adult life, he carried on his passion for health and fitness.  On any given day you could find him in the gym, out for a jog, or playing golf.  In his early twenties, he began working for Bass Enterprises in Sundown, Texas and retired with the company after 40-plus years of service.  He worked hard and instilled the same ethic and dedication in his children.  He loved vacations, outings, adventures, and gatherings with family and friends.  His grandchildren were his pride and joy.  He attended every sporting event possible, and took the losses harder than anyone.  At age 52, he began his battle with esophageal cancer.   While his physical abilities were deeply impacted, his quest to win was not.  In the toughest times he would still whisper, “I can do this”.  Jesse will be missed by all those he loved.

In addition to his parents, Jesse was preceded in death by his brother, Eulalio Perez, Jr.; sister-in-law Kellye Butler-Perez; and niece and nephew Ashley and Daniel Salazar.

A Celebration of Life will be held at 3:00 pm on Saturday, October 1, 2022 at Krestridge Funeral Home in Levelland, Texas.  A private blessing of ashes will be held at a later date.

To order memorial trees or send flowers to the family in memory of Jesse Perez, please visit our flower store.