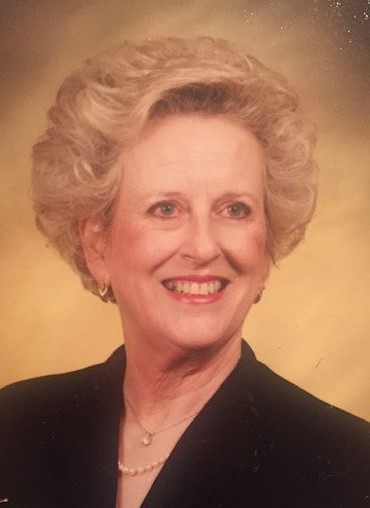 For a believer, to be absent from the body is to be present with the Lord. Julia Wilson Lasater left her earthly body Friday, January 29, 2021, in Abilene, Texas and is now forever present with our Lord.  Julia was born November 12, 1939 in Brownwood, Texas to A. Edwin and Corene Wilson. She graduated from Girls Preparatory School in Chattanooga, Tennessee in 1958 and attended Hardin Simmons University where she met Rip Lasater from Andrews, Texas. They married in December of 1959.

Through the years, Julia could be found behind a sewing machine, at a table painting, in the kitchen canning or outside gardening. She had a unique ability to see something and recreate it without using a pattern. Her version was usually better than what she had copied! As impressive as her earlier years were, her later years proved to be even more so.  She had endured 3 brain surgeries over the last 10 years and yet lived the better part of the last four independently and graciously. She was a tiny warrior!  She accepted what came her way and never complained.  She showed us that quietness can be a strength. She also taught us these last few weeks that a smile, even a weak one, goes a long way.  She proved that though in our earthly eyes, she seemed to have lost the battle, with our heavenward eyes, we know hers is the victory!

She has now been reunited with Rip her husband of 56 years, her parents, and her infant sister, Edwina.

She is survived by her daughters and their husbands, Weldon and Marianne Pierson of Argyle, Texas and Leffel and Laurie Gray of Abilene, Texas.  Grandchildren and great grandchildren include Chad, Brianna, Madeleine, and Fallon Sales of Lubbock, Texas; Grant, Linda, Logan, and baby brother McMillan of Lubbock, Texas; Tabor, Katie, Walker, and Liv McMillan of Kerrville, Texas; Chase, Meredith, Chord, and Canon Churchill of Abilene, Texas; and Landon Gray of Austin, Texas.  She is also survived by her sister and brother-in-law, Glenn and Judith Harlin of Lubbock, Texas; and 3 nieces and their families, David and Glenda Wheat of Hobbs, New Mexico; Rick and Julia Jan Powell of Lee's Summit, Missouri; and Greg and Shari McCravey of Diana, Texas.

A special thank you to Chisholm Place, Kindred Hospice, Dr. Roffers and all in Abilene who provided exceptional and compassionate care. Our hearts will forever be grateful to each of you!

To order memorial trees or send flowers to the family in memory of Julia Lasater, please visit our flower store.