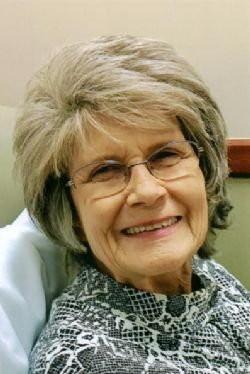 Juneta was born on May 18, 1943 in Stanton, Texas to Willie and Oneta Hopper. She spent her childhood in the west Texas area. Following her graduation from Midland High School, she attended South Plains College. She also attended the University of Colorado where she studied banking and marketing. She later took education courses at Texas Tech University. Juneta began her banking career in 1972 as a loan secretary with Levelland State Bank, becoming a loan officer in 1974. She remained a loan officer through several ownership changes for many years. She then continued her banking career with AimBank as Executive Vice President and served on The Board of Directors for Aim Bancshares. Juneta loved her AimBank family and her AimBank customers.

She is survived by her son and daughter in law, Rann and Kellie Mitchell of Levelland, Texas; and granddog, Gaffanie. She is also survived by two sisters in law, Rhonda Breneman of Leander and Selena Watts of Albuquerque, as well as numerous nieces and nephews.

She was preceded in death by her husband Roger E. Mitchell, her parents Willie and Oneta Hopper, her sister Dorothy Campbell, and her brother Jimmy Hopper.

In lieu of flowers, the family suggests memorial donations to your favorite charity or organization.

Your favorite charity or organization.

To order memorial trees or send flowers to the family in memory of Juneta Mitchell, please visit our flower store.
Send a Sympathy Card