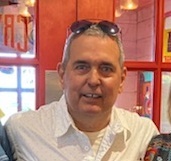 Kenneth Errol Halliburton, 66, of Lubbock, TX formerly of Levelland, TX passed from this life on Sunday, July 17, 2022 after a brief battle with cancer.  Kenny was born March 8, 1956 in Oklahoma City, Oklahoma.  To the proud parents William Noble Jr. and Ruby Beth Halliburton (Durham).

He was greeted by his grandparents William Noble Sr. and wife Edna (Daniels) Halliburton along with Harrison and Leta Durham all resident farmers from Levelland, TX.

His parents moved to Levelland, TX to raise their family and began farming and later joined into the family oil and gas business know as Halliburton Oil and Gas.  Kenny worked at Halliburton Oil and Gas and later moved to the Dallas worked for the Great American Hero Inc. for 10 years and returned to Lubbock to work for RGIS Inventory Services until he retired in 2014.

Kenny was the oldest brother to William Noble (Billy) and Cody Lee Halliburton who preceded him in death along with his parents and grandparents.

Kenny attended Levelland public schools and graduated from Levelland High School in 1974.  School days was his most treasured time in his life.  He loved and cherished his lifelong friendships and memories made and stayed in close touch throughout the years with all his classmates.  He had a true gift for art, he could draw anything and loved telling stories of his escapades growing up in Levelland.  He loved watching his valued home movies and going through his old photos.

He is survived by his cousins, Jimmy Martin and wife Iris, Lori Cline, Kurt Martin and wife Kelli, of Levelland, Larry Martin, of Lubbock, Bobo Durham and wife Becky, of Sundown, Donna Rushing and husband Morris of Lubbock.  Numerous others including a niece and nephews.

Private graveside services under the care of Krestridge Funeral Home are pending and will be announced at a future time.

To order memorial trees or send flowers to the family in memory of Kenneth Errol Halliburton, please visit our flower store.