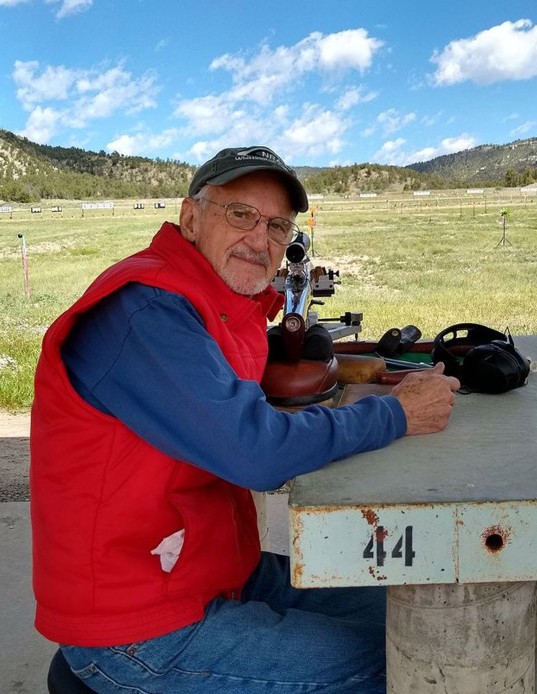 Larry Baggett shot his last match and was admitted to the heavenly Hall of Fame.  He passed away January 6, 2022 of complications from pancreatic cancer, after a valiant three-and-a-half-year battle.

Larry Keith Baggett was born July 2, 1943 in Corsicana, Texas to H. P. “Bo” and Bettye Baggett.  The family soon moved to Hockley County to farm.  Larry attended grade school in Pettit and graduated from Levelland High School in 1961.  He attended South Plains College and graduated from the University of Texas School of Pharmacy in 1966.  Larry was a pharmacist at Leonard’s Pharmacy in Big Spring before opening Baggett Pharmacy in Levelland in 1970.  He also owned pharmacies in El Paso and Fort Stockton.  Baggett retired as Director of Pharmacy at Covenant Hospital-Levelland.  Baggett served as Levelland City Councilman, was a member of the Rotary Club and other civic organizations.

Baggett enjoyed golf, fishing, hunting and flying.  He was a lifetime member of the National Benchrest Shooters Association, winning many state and national titles in that sport.  He was a member of the 2011 U. S. NBRSA World Team at the international match in France.  Baggett did his own gunsmithing and bullet-making.

Baggett was pre-deceased by his parents.  He is survived by his wife, Sandy Fortenberry Baggett; children, Michael Baggett of Seminole, Laura and Jeff Northern of Levelland, and Lesley and Brian Baker of Stanton; six grandchildren; and eight great-grandchildren, with two on the way.

Funeral services will be held at 2:30 pm on Saturday, January 8, 2022, in the Krestridge Funeral Home Chapel.  Visitation will begin prior to the service at 1:00 pm.  Interment will follow in the City of Levelland Cemetery.

To order memorial trees or send flowers to the family in memory of Larry Baggett, please visit our flower store.
Send a Sympathy Card