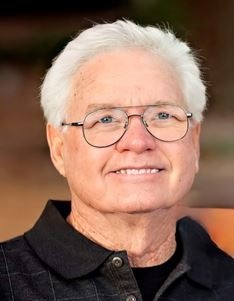 A memorial service will be held at 2 p.m. on Tuesday, February 15th at Krestridge Funeral Home in Levelland.

Larry was born on August 28, 1947 to Beverly Burton and Mary Sprowls in Seymour, TX. He is a graduate of Seymour High School. He proudly joined the Army in 1965 where he selflessly served in Vietnam and Korea. In early 1975, Larry met Susan White while living in Lubbock. They married and began their lives together in Levelland later the same year. He and Susan opened Headquarters where he worked as a talented master barber for about 20 years. During that time, he began his service to our community.  He served as a Levelland City Councilman and Mayor Pro Tem for many years. He was elected as Hockley County Judge in 1995 where he was known for his compassion, fairness, kindness, and easy smile. He served in this capacity until his retirement in 2016. During retirement, his favorite days were spent camping with his beloved wife, shooting with the best of friends, and wrestling with Camden, his great-grandson and the apple of his eye.

He is preceded in death by his parents and six siblings.

In lieu of flowers, the family asks that you consider calling Texas South Plains Honor Flight to make a donation.

To order memorial trees or send flowers to the family in memory of Larry Sprowls, please visit our flower store.