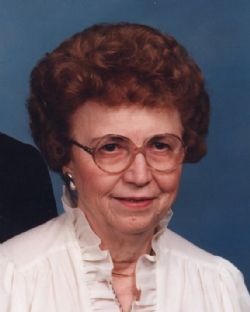 
Lena Emma Steinfath, 97, of Levelland passed from this life on December 1, 2019. Funeral services will be held at 10:00 am on Saturday, December 7, 2019, at St. Paul Lutheran Church. Interment will follow at 4:00 pm in the Willow Cemetery in Haskell, Texas.

Lena Steinfath was born on September 1, 1922 to August and Selma Emilie Rueffer Steinfath at their family farmhouse in Throckmorton County, Texas. She was the eighth of eleven children, and the last to survive. The children grew up doing a variety of chores to help their parents on the farm. As adults they worked together to obtain their own farms. Lena was still raising cotton on her farm near Morton, TX with the help of Dwayne Canada and Juan Cerva until her death on December 1, 2019 in Levelland, TX. Lena also worked for about 40 years as a hairdresser, eventually owning the ''The Clipper'' salon in Levelland. She was an active member of St. Paul Lutheran church.

Lena remained very close to her brothers and sisters. She was active in family gatherings and arranged the family's Christmas celebrations at the original farmhouse for many years. She very much enjoyed playing dominoes at these gatherings and continued playing with her caregivers. She did not have children of her own but looked on her 16 nieces and nephews as ''her children'' and was actively interested in their children as well. She last attended a family reunion with them this fall. A special family highlight was traveling to Germany in 1985, where she met distant relatives of her mother. She lived many years with her brother Henry Steinfath who was also single and helped take care of him during his extended illness until he passed away.

To order memorial trees or send flowers to the family in memory of Lena Steinfath, please visit our flower store.
Send a Sympathy Card