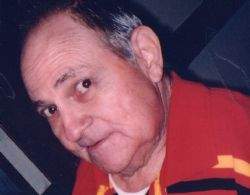 
Leslie B. Seat, age 74, passed away Wednesday, February 6, 2019. Memorial and inurnment services will be at a later date at Mars Hill Cemetery in Arkansas.

Leslie was born on July 28, 1944 in Pittsburg, Texas to Delbert and Mary Seat. He later married Trudie Thomas and they resided in Levelland.

Leslie was preceded in death by his parents; two sisters, Shirley Seat and Billie Sutton; and one brother, Jessee Seat.

To order memorial trees or send flowers to the family in memory of Leslie Seat, please visit our flower store.