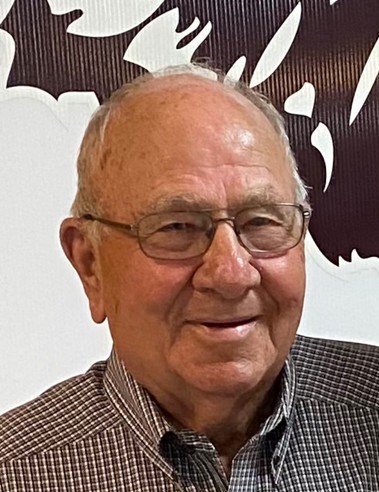 Lester Driver, 82, went home to his most loving heavenly Father Tuesday morning, July 6 th , 2021 at his home in Levelland. He was born on March 1, 1939 to Johnnie and Cleo Driver in Lesley, Texas.

Lester married the love of his life, Barbara Lee Hancock on June 22, 1963 in Clarendon, Texas.

He graduated from Lakeview High School in 1957 where he was active in football, baseball, track, and tennis. He gave up a chance to play college football, instead deciding to stay close to home and attend Clarendon Jr. College. After 2 years, he transferred to West Texas College in Canyon where he played baseball. He graduated in 1962 with a bachelor’s degree in education. Lester received his master’s degree in Educational Administration from West Texas College in 1976.

Lester began his career in education as a teacher/coach in June of 1963 at Roaring Springs High School. In the fall of 1966, he and Barbara moved to Wellman where he coached and taught for one year. They spent the 1967 and 1968 school years in Three Way, while Lester continued his teaching and coaching career. Lester found the place he would call home for the next 52 years when he and Barbara made the move to Levelland in the summer of 1969. While in Levelland, he continued his coaching career until 1976. During that time he coached football, track, and also served as the Head baseball coach. In the fall of 1976, Lester hung up the whistle and pursued a career in school administration. He served as the Junior High and Middle School principal at Levelland ISD until 1995. He retired at the end of the 1994-1995 school year after serving 32 years in public education. In addition to his teaching, coaching, and administrative duties, Lester also taught Drivers Ed to countless students. He continued doing this for many years after retirement.

Through these years, Lester and Barbara fostered 67 newborn babies from Smithlawn Maternity Home. Together, they loved and cared for all of these babies like they were their own. Each of these children were given a nurturing environment that was crucial for them as newborns in the Driver home.

Visitation will take place on Thursday, July 8 th from 6:00 to 7:00 p.m. Services will be at Krestridge Funeral Home, with Elgin Connor officiating at 10 a.m. on Friday, July 9 th , 2021. Burial will follow at the City of Levelland Cemetery.

In lieu of flowers, the family requests donations be made to a children’s home or a charity of your choice.

To order memorial trees or send flowers to the family in memory of Lester Driver, please visit our flower store.
Send a Sympathy Card