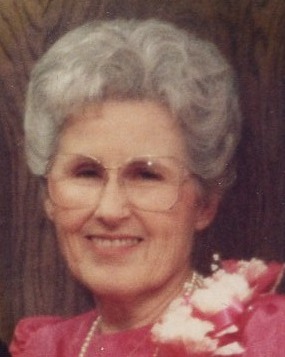 She was born March 19, 1925 in Knox County, Texas to Thomas Jefferson and Ava Adaline Randolph.  Marjorie was the second oldest of 16 children.  She was raised on a farm in Afton, Texas and graduated from Patton Springs High School.

Marjorie married J.C. Willmon on November 22, 1942.  They moved to Levelland in 1951.  Marjorie was the office manager for her husband’s clinic for many years.

She was a member of Primitive Baptist Church.  Marjorie was a quilter and an active member of the Hockley County Senior Citizens.

Marjorie was preceded in death by her parents; and husband, Dr. J.C. Willmon.

In lieu of flowers, the family suggest memorials be made to the Willmon Family Scholarship at South Plains College.

To order memorial trees or send flowers to the family in memory of Marjorie A. Willmon, please visit our flower store.