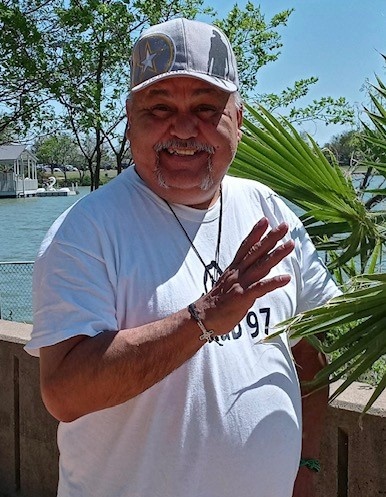 Recitation of the Rosary

Raymond was a proud and brave veteran who served our county in the United States Army.  Raymond had four children.  Raymond Thomas and Ashley Coronado of New Haven, Connecticut; Guillermo and Maricela Coronado of Plains, Texas.  He was a caring father who loved his kids very much.

Raymond spent the majority of his life working in restaurants as a chef.  He enjoyed two things in life, one was cooking, as Raymond could cook any dish; but his favorite dish/dessert to cook was peach cobbler.  The second thing he enjoyed and loved the most was dancing.  Raymond was the life of the party, and he would spend the majority of the weekends at different clubs as he danced his heart out.  Raymond did not meet a stranger and would dance with whoever wanted to join him and floated in the air when he danced.

Raymond was a God-fearing man, a great son, the eldest Coronado brother, a father and grandfather.  He gave to and helped others with what he could and never put himself first.  Raymond will be greatly missed by his family and friends.  He was a life time member of Our Lady of Guadalupe Catholic Church, as he was a servant in any way to the church and its members.

Raymond is preceded in death by his father and mother Ramon Sr. and Pauline Coronado, brother Larry Coronado.

The Coronado Family would like to thank everyone for the food, plants, thoughts and prayers from family and friends. We would also like to give thanks to Krestridge Funeral Home and Staff for all that they have done.  Please continue to pray for our family.

For the safety of the family, the funeral home staff, and all of those in attendance, we respectfully ask that you wear appropriate face coverings and practice all safety precautions with social distancing during all parts of the services.

To order memorial trees or send flowers to the family in memory of Raymond Coronado, Jr., please visit our flower store.

Recitation of the Rosary