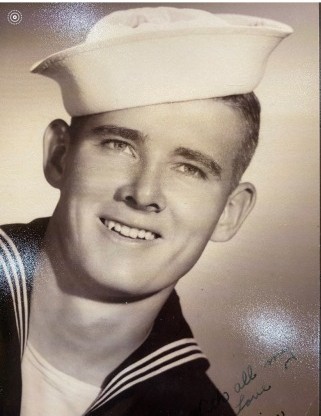 On August 23, 1932 Tic was born the son of Amos Jackson and Velma Scoggins in Dickens, Texas (a place he comically referred to as “paradise.”) In 1950 Tic graduated from Levelland High School with a football scholarship in hand but opted to serve in the United Stated Navy instead. He always told everyone that he joined the Navy to see the world and they put him in a submarine.

We all knew he served as a flight planner stationed out of Hawaii from 1950 to 1954 during the Korean war. Tic was fond of telling his coffee drinking buddies he was at Pearl Harbor; he just didn’t bother to tell them it was in 1952! After receiving an honorable discharge from the Navy, Tic returned to Levelland and at age 22 went to work for Stanolind Oil and Gas (Standard Oil of Indiana) for a whopping sum of $2.00 an hour in 1954, a job he remained at for the next 35 years until he retired at the age of 57 from the company that was then named Amoco Oil.

Tic married Mary Joyce Pryor January 10, 1974 and remained married to Mary until the time of his death.

After his retirement Tic spent his weekday mornings with his coffee drinking buddies probably telling them God knows what kind of stories. Tic was a character to say the least, orneriness is a trait our family believes is a sign of good character…has to be if you’re that ornery! This man never met a stranger. Tic left an enormous footprint in the lives of those who knew and loved him.

Tic is predeceased by his parents; his two brothers, Leon Jackson & Don Jackson; and by his 2 sons Jimmy Tim Jackson and Jon Lee Jackson.

To order memorial trees or send flowers to the family in memory of RD Jackson, please visit our flower store.
Send a Sympathy Card