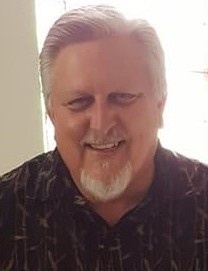 Robert Edwin Burns Jr., age 60, passed away Monday, December 27, 2021. He was born May 15, 1961 in Tulia, TX to Robert Edwin Burns Sr and Lila Belle Warren Burns. He was a graduate of Southwestern Assembly of God University (B.S in Church Ministry), Lubbock Christian University (Master in Theology), Southwestern Assembly of God University (Master of Divinity), and was working on his Doctorate in Ministry from Global University. Robert considered himself a lifelong learner and student of the Word.

He was preceded in death by his father Robert Edwin Burns Sr. and mother Lila Belle Warren Burns; as well as his numerous other beloved family members.

He is survived by his college sweetheart and the love of his life, Kaylene Fields Burns, his wife of 41 years. He is also survived by his children, whom he called his “treasures” Amanda and husband Aaron Manuel of Blanchard, OK, Karolyn and husband Justin Brown of Floydada, TX, Robert Andrew and wife Rachel Burns of Benton, AR, and honorary adopted children Cole and wife Katie Flikemma. Additionally, he is survived by grandchildren, Annalise and Adam Manuel, Sophia, Malcolm, and Simon Brown, Maggie, Robbie, and Eleanor Burns, and Warren Flikkema; as well as numerous other siblings, nieces and nephews.

Visitation will be held Monday, January 3, 2022 from 6:00pm to 8:00pm at Krestridge Funeral Home in Levelland, TX. There will also be a Celebration of Life service, officiated by Rev. Glenn Beaver, on Tuesday, January 4, 2022 at 10:30am, also at Krestridge Funeral Home. In lieu of flowers, the family has expressed that donations be made to West Texas Assemblies of God World Missions ( https://wtaog.churchcenter.com/giving ).

To order memorial trees or send flowers to the family in memory of Robert Burns, Jr., please visit our flower store.