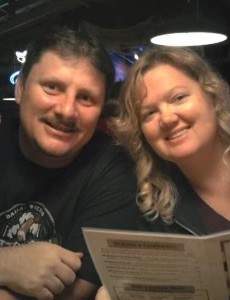 Memorial services for Robert Wayne and Karen Eye Ward of Ropesville will be held at 11:00 am on Saturday, August 21, 2021, at First Baptist Church in Ropesville.

Bobby and Karen were married December 23, 2005 in Ropesville.  Bobby was retired from serving our country in the United States Army.  Karen was a unit secretary at Covenant Hospital in Levelland. Together, they were very involved in animal rescue.

Bobby was preceded in death by his parents, Alfred and Melvina Ward; and brother, Joe Ward.  Preceding Karen in death were her parents, Carl and Madeline Seeger; sisters, Jeanette Engel and Linda Brown; and brother, Devon Seeger.

To order memorial trees or send flowers to the family in memory of Robert and Karen Ward, please visit our flower store.