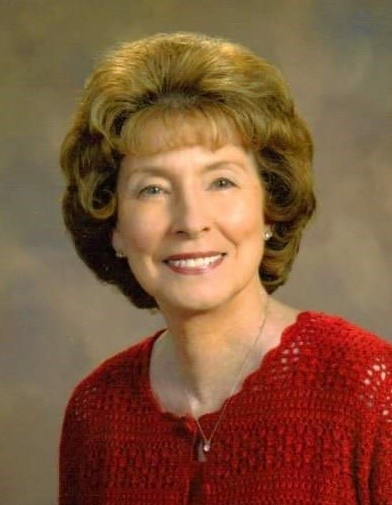 Ruth Ann Stephenson passed from this life, surrounded by her daughters at her home, on December 20, 2021.

She was born in San Antonio, Texas on May 20, 1935 to Ferd Brady (F.B.) and Ruth Elizabeth Rhodes.  Ruth Ann was an only child. Her family later moved to Midland, Texas where Ruth Ann attended school and where she graduated from Midland High School.  She remained a proud Bulldog throughout her life and even organized the 50 th reunion for her graduating class years later.

Ruth Ann continued her education at McMurry College in Abilene and was a member of the Chanters Choir.  She later completed her degree in Elementary Education at Howard Payne College in 1958.  She continued graduate studies at West Texas State University and completed her Masters of Education degree at Texas Tech in 1979.  Ruth Ann taught elementary school for 33 years.  She loved her years at South Elementary in Levelland where she was always proud to say that she taught first and second grades.  She continued to tell stories about the children who touched her up until the last weeks before her death.  She retired from Levelland ISD in 1994.

Ruth Ann was an accomplished vocalist and oil painter.  Throughout her life she served in many capacities within numerous Methodist churches in West Texas.  However, she may have been most proud of the volunteer work that she did after retirement where she served as a volunteer and secretary for the Big Spring State Hospital Volunteer Services Council.  She was named Rookie of the Year at the Big Spring State Hospital Volunteer Services State Council conference in the spring of 1997.  She then later served on the Volunteer Services Council for the State of Texas.

Ruth Ann was preceded in death by her father F.B. Rhodes, her mother Ruth Elizabeth Rhodes and her great-grandson Kaleb Crawley.  Those left to cherish her beloved memory are her daughters Jennifer Stephenson, Sigrid (Gerald – the best son-in-law in the world as she affectionately called him) Chavez, her grandsons Austin Crawley (Elaine), and Karsten Neustifter, and great-grandchildren Bryson and Kanyon Crawley.  Her extended family also includes Sharon and Wilson Heidelberg, Robbie Robinson, Lee Weldon and Sandra Stephenson, and the Chavez family - Robert, Karen, Adele, David, Paula, and Chantz.

A memorial service will be held on Sunday, January 2, 2022, at 2:00 pm at Christ United Methodist Church.

To order memorial trees or send flowers to the family in memory of Ruth Stephenson, please visit our flower store.