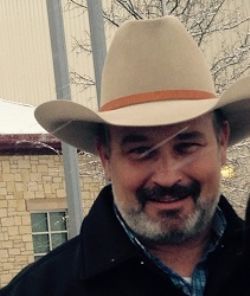 Shane was born July 15, 1968 in Tulia, Texas to parents, Glen and Annis (Dudley) McWaters. He graduated from Lamesa High School in 1987 and attended South Plains College. Shane married Tonya Rumbaugh on May 15, 1993. He was employed by Script Office Supply which he later purchased and it became Script Office Products.

Shane was a great husband, father and Christian. He loved everyone as well as watching baseball and hunting with his favorite hunting buddy, Terry Rumbaugh.

He is preceded in death by his grandparents, and his father.

To order memorial trees or send flowers to the family in memory of Shane McWaters, please visit our flower store.