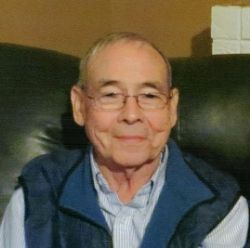 Ted was born January 4, 1936 in Snyder, Texas to parents, Evan Earl and Essie Lee (Burk) Jourden. He graduated from Texas Tech with a Bachelor of Mathematics degree and worked for many years at Texaco as an accountant.

He is preceded in death by his wife, Sandra Jourden, his parents, and sister, Fay Clements.

City of Levelland Cemetery
Levelland, TX  79336
To order memorial trees or send flowers to the family in memory of Ted Jourden, please visit our flower store.