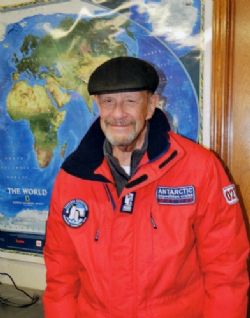 
Ted Holder, 75, of Levelland passed away in Lubbock on June 1, 2017. A family visitation will be held from 6 - 8 PM on Friday, June 9, 2017 at Krestridge Funeral Home. A Celebration of Life service will be held at a later date.

Ted was born in Lubbock, Texas. He attended Texas Tech University studying Business Management. He worked in Lubbock a short time, and relocated to Levelland, Texas where he has lived since 1971. He spent 33 years serving in municipal government service, and the last 23 years as Police Chief for the City of Levelland. After his retirement in December 2002, he worked as an Emergency Manager for 7 governmental agencies.

During his professional career, Ted also served on several local, regional and state boards in relation to his job. He was very interested in humanitarian projects domestically, as well as internationally. He was a member of the Rotary International, an international service organization, he served as District Governor for District 5730 from 2005-2006. Ted worked in several countries throughout the world setting up projects that helped to better the lives of those involved. Ted also set up and ran a Food Bank in Levelland, and operated it for over 20 years, resulting in over 50,000 people being reached with food and clothing.

Ted served for over 24 years on the board of South Plains Food Bank; he was on the Advisory Board for Breedlove Dehydrated Foods, then on the Board of Directors. He was Chairman of the Board for two years until becoming CEO of Breedlove in December 2010, serving until his retirement in 2015.

Along with Ted's passion to serve others, he also loved to travel. During his lifetime he traveled to all seven continents leaving his mark and compassion wherever he ventured. His impact and absence in this world will be felt throughout those he served and left behind.

He is preceded in death by his father and mother, Louis and Isabelle Holder.

He leaves behind his wife, Tammie McDonald-Holder; and two children, Shawn Holder and Ashley Davis; and sister, Barbra Ewalt and her husband Bob.

Arrangements are under the direction and personal care of the professionals at Krestridge Funeral Home in Levelland. (806) 897-1111