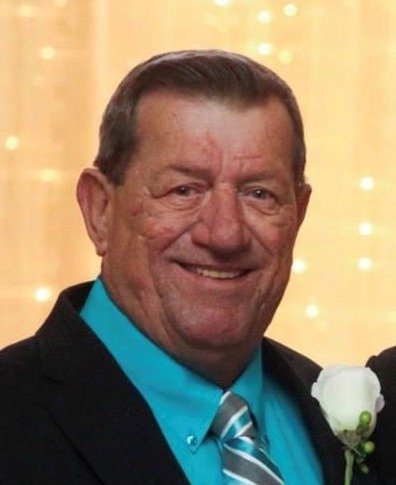 Terry Ray Stroud passed from this life on June 25, 2022 in Lubbock at UMC from complications and combinations of many health problems.  He fought a valiant fight for many years.

Terry was born August 22, 1949 in Bethany, Missouri to Ray Leathel and Marietta Louise (Bartlett) Stroud.  After living there and in Arkansas for a while, they found their way to Levelland.  Terry was five years old when the Strouds came to Levelland.

He began his working career at about the age of 12.  He worked on a Baldridge bread truck with Woodrow Cates and Kenneth Early until he got old enough to work in a store and Corky Evans put him to work in his stores.  Terry worked for Corky until he graduated from Levelland High School in 1969.  He enlisted in the U.S. Navy along with a dear friend, Bill Rogers.  He served his country in the Navy for two years and came home.  He was fiercely patriotic and always enjoyed any war movie or anything to do with patriotism.  He continued working for Corky and then went to work on drilling rigs.  In 1973, Terry went to work for the Western Company of North America along with John Claborn and Butch Kauffman.  He loved the oilfield and in particular oilfield logging and perforating, the division he worked in.  He stayed with that profession and worked for several companies as they evolved from one name to another: CRC Wireline, Wedge Wireline, Prolog, and Gray Wireline.  He was a wonderful salesman and was well-known and liked in the oilfield as well as around town.  Many people and their children remembered him from this days of working in Corky’s Jim Dandy Stores here in Levelland.  His final job in the oilfield was driving a transport tanker truck for Flying Star.  He loved that job, but his health forced him to retire.

Terry was preceded in death by his parents, Marietta Louise Bartlett Stroud and Ray Leathel Stroud, and brothers, Donnie Stroud and Lonnie Stroud.

Funeral services will be held at 2:00 pm on Thursday, June 30, 2022, at the First United Methodist Church in Levelland officiated by Rev. Jon Sharpe.  Visitation will be held from 6:00 to 8:00 pm on Wednesday, June 29, 2022, at Krestridge Funeral Home.  Interment will follow in the City of Levelland Cemetery where he will be alongside his mother and father-in-law, Melvin B. and Nell Nelson; parents, Ray Leathel and Marietta Stroud; and brother, Lonnie Stroud.

In lieu of flowers, the family requests that you make donations to your favorite charity in memory of Terry.

To order memorial trees or send flowers to the family in memory of Terry Ray Stroud, please visit our flower store.
Send a Sympathy Card