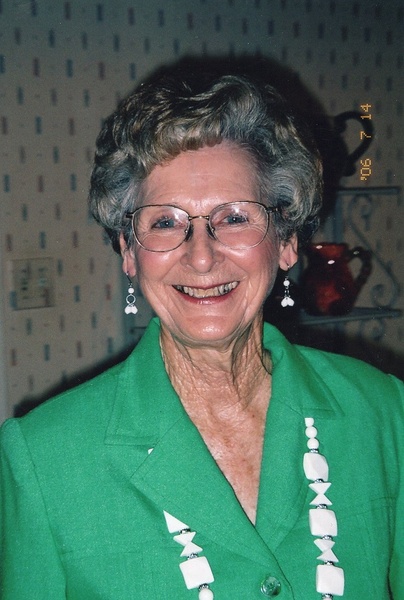 Vivian Elizabeth Morgan Yriart went home to be with her heavenly Father on March 30, 2022.  Memorial services will be held on Wednesday, April 13, 2022, at 11:00 am at Grace Community Church with Pastor Rick Hale officiating.

On February 18, 1930, Vivian Elizabeth Morgan was born to Raymond Wilson Morgan and Cleo Vivian George Morgan in Jacksonville, Texas.  She was the youngest of four daughters.  Her early years were spent moving around Texas until the family settled in Portales, New Mexico where she attended grade school.  Later the family moved to Roswell where she graduated from Roswell High School in 1948.  She then attended Texas Women’s College in Denton, Texas.

Vivian married Robert Martin Yriart on May 27, 1951 at the First Baptist Church in Roswell.  They soon moved to Olympia, Washington while Martin was stationed in the Army.  Once Martin was discharged from the Army, they made their home at their ranch North-West of Roswell and raised one daughter, Patricia Yriart.  They resided on the ranch until 2000.

Vivian retired from the First Interstate Bank.  She was very active in her younger years as a charter member of the Berrendo Cowbells, Roswell Community League, New Mexico Woolgrowers Auxiliary, and past Regent of the Daughters of the American Revolution.  She was also active in the Senior Circle, Bridge Club, Poker Club, and Birthday Club.

Vivian was preceded in death by her husband of 59 years in 2010; her parents, Raymond and Cleo Morgan; and sisters, Cleo Morgan, Carolyn Hays, and Alice Granbery.

The family wishes to express their heartfelt gratitude to the Rocking Chair Senior Care Cottage for her care.

In lieu of flowers, the family suggests donations be made in Vivian’s memory to Assurance Home, 1000 East 18th Street, Roswell, New Mexico 88201.

To order memorial trees or send flowers to the family in memory of Vivian Elizabeth Morgan Yriart, please visit our flower store.
Send a Sympathy Card