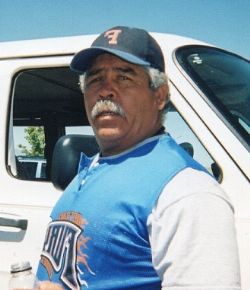 He was born July 31, 1948 in Levelland to parents, Jorge and Isidra Rendon. He graduated from Levelland High School in 1968. He enlisted in the United States Army and served from 1969-1972. He married Geneva Mendez in September of 1970. He proceeded to live his life in Levelland, where he worked in the oilfield and raised his three children. His hobbies included playing softball, coaching baseball, watching his children and grandchildren play sports. He also enjoyed watching all sports on TV. In April of 2016, he married Amy Delafuente and proceeded to raise two step-daughters and five grandchildren in Littlefield.

He was preceded in death by his first wife, Geneva Rendon; his parents, Jorge and Isidra Rendon; and a brother, Domingo Rendon.

Ynasio is survived by his wife, Amy Rendon of Littlefield; two sisters, Janie Rendon and Sylvia Flores, both of Hereford; daughter Terri Dent and husband Ricky, son Nash Rendon and wife Christie, son Eric Rendon, all of Levelland, daughters Jamona Sanchez and Marlene Cantu, both of Littlefield; and twelve grandchildren.